Wellbeing Wednesdays are back.... 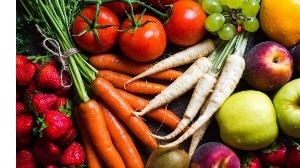 Wellbeing Wednesdays are back - the first wednesday of every month at Retain Healthcare....

The theme is to Eat more fruit and veg to improve mental wellbeing........

"Adding more fruit and veg to your diet boosts your mood and emotional wellbeing as much as landing a new job," reports the Mail Online.

Researchers used survey results from UK families to estimate the link between how much fruit and vegetables people ate on a typical day, and their mental wellbeing. They found people reported feeling happier, more purposeful and less anxious when they ate more fruit and veg.

The difficulty is in knowing whether fruit and veg is actually the cause of their improved mental health. Researchers took account of factors such as people's age, income levels, marital and employment status and general health, and compared the same people's results over time. This approach helped to make the results more reliable. But we can't be sure that the results don't show, for example, that people eat more fruit and veg when they feel more cheerful, rather than the other way around.

If the results are true, this gives another reason to boost your fruit and veg intake. We already know eating these foods is good for physical health, and this study suggests they can improve your mental health, too.

The UK government still advises people to eat 5 portions of fruit a veg a day.

Read more advice about the benefits of eating at least 5 portions of fruit and veg per day.

Where did the story come from?

The researchers were from the University of Leeds and the University of York. The study was funded by the Global Food Security's Resilience of the UK Food System Programme and published in the peer-reviewed journal Social Science and Medicine.

The Mail Online headline "Now you need to eat TEN-a-day" (instead of current UK recommendations of 5 portions a day) is not accurate. The findings of the study were not based on people eating 10 portions a day. In fact, less than 1% of the respondents were eating that much fruit and veg.

What kind of research was this?

This was a longitudinal cohort study. Studies like this are good at spotting links between factors (in this case fruit and vegetable consumption and mental wellbeing) but can't prove that one factor directly causes another. Other, unmeasured factors could also be at play.

What did the research involve?

Researchers used information from about 50,000 people, given in 3 waves of surveys from the long-running UK Household Longitudinal Survey. People took the surveys between January 2010 and June 2012, January 2013 and June 2015, and January 2015 and June 2017.

People answered questionnaires about how many portions of fruit or vegetables they ate on a typical day when they ate at least some, how many days a week they ate fruit, and how many days a week they ate vegetables. In addition, they filled out a 12-question survey about their mental health, with a score from 0 (worst) to 36 (best). They also answered lots of other questions about their health, income, family situation and lifestyle.

Researchers compared people's mental health results at each survey with their reported consumption of fruit and vegetables. They took account of many potential confounding factors, including age, income, marital status, number of children, employment status, smoking status, exercise levels (measured by days each week on which they walked for at least 10 minutes at a time) and whether they had a longstanding health condition. They also compared the effects of other dietary choices, such as the type of milk or bread people ate.

Researchers looked separately at the links between mental health with the amount of fruit and veg consumption, and with the frequency with which people ate fruit and veg.

What were the basic results?

The results reported that less than 22% of people said they ate the recommended 5 daily portions of fruit or vegetables, and only 50% said they ate at least 1 portion of vegetables daily. Women, people in middle age and people with higher incomes ate slightly more fruit and vegetables. However, even those in the highest salary bands tended not to eat 5 portions a day.

The researchers then looked at the link between fruit and vegetable consumption and mental wellbeing. The results were not able to show a direct effect of consumption on the 0 to 36 mental health score because of all the confounding variables that they included in their analysis. Instead, they found patterns of association that suggested that increased consumption was linked with better mental wellbeing.

How did the researchers interpret the results?

The researchers say their results suggest the more fruit and veg people eat, the better their reported mental wellbeing. They say that "even modest changes in the consumption patterns of individuals could lead to substantive positive effects for the wellbeing of large cohorts of the population".

No-one who grew up being urged to "eat up your greens" will be surprised by news that eating fruit and vegetables improves your health. But you may be more surprised to know that evidence is starting to point to a link with better mental health as well.

The study has limitations, however. The most important is that this type of observational study can't tell us whether the fruit and veg consumption actually causes improved mental wellbeing.

While the longitudinal design and the adjustment for potential confounding factors helps to make the results more robust, there may be something else unaccounted for at play here. The possibility that people who feel happier are more likely to choose healthier food, for example, cannot be ruled out.

But the study generally is good news. We already know some of the benefits of eating plenty of fruit and veg as part of a healthy diet. If eating more is also linked to feeling happier, more fulfilled and less anxious, that can only be a good thing.